Chad and Rebecca, along with their 4 children, made aliyah in July of 2014. Chad was the Senior Leader of Brit Hadasha Messianic Jewish Synagogue in Memphis, prior to their move. Chad began in full time ministry in 1999 in Gaithersburg, MD. The Holland family enjoys being involved in discipleship, small groups, marriage counseling and hospitality. The Lord has used Chad to plant several congregations and establish new ministries. Chad now serves as the CEO and Overseer of the King of Kings Family of Ministries, which is a network of connected congregations and ministries, primarily serving Israel, but also includes a number of communities abroad. Rebecca is an amazing chef, musician and artist. They both enjoy being outdoors and exercising. To make Chad smile, mention baseball. To make Rebecca smile mention her children or making anything homemade. 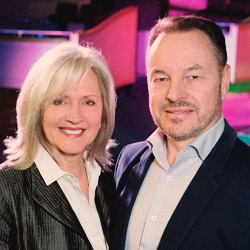 Wayne Hilsden currently serves as the founder and president of FIRM (Fellowship of Israel Related Ministries). Previously, Wayne Hilsden served as co-founder and Senior Pastor of King of Kings Community Jerusalem, a diverse Messiah-centered congregation in the heart of Jerusalem. He has also helped plant three other Messiah-centered congregations throughout Israel. In 1990, Wayne co-founded Israel College of the Bible, which has since trained more than 1,500 students from all over the world. Wayne has invested much of his life in mentoring young Israeli leaders, many of whom are key leaders today in Israel’s Body of believers. 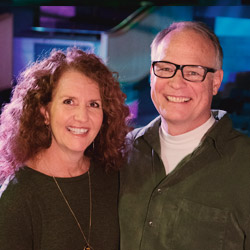 Mike & Melissa and their two children, Joshua and Abby, are originally from Colorado, but they're no strangers to Israel! Mike and Melissa lived in Israel for over 10 years, had both of their children here and were very involved in the community at King of Kings and other local ministries. We were so sad to see them leave Israel for awhile, but overjoyed to have them back and on our team! Their love for community, familes, worship and the Jewish people is evident in everything that they do. 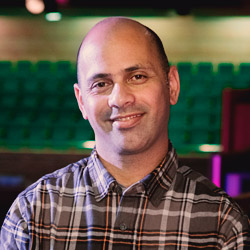 Sam is serving as our Planting Pastor, called to build Malek El-Molouk Arab Community to love God and the Jewish people. Sam oversees the Arab hotline which serves to answer questions and share the message of Yeshua to the Arab community. Sam also leads "Arab for Israel" prayer watch at the Jerusalem Prayer Tower and leads an Arabic speaking Community group. 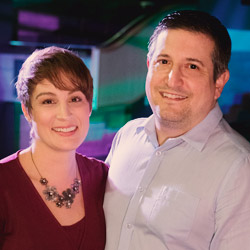 Ray, Nyki and their three children joined our team in 2017 when Ray became an Assistant Pastor and the Worship Director for King of Kings Ministries. Prior to that, Ray had served as a Worship Leader for King of Kings Community since 2014. Ray and Nyki have lived in Israel since 2007, originally serving on the staff of the ICEJ, where Ray directed the music and production of the ICEJ’s annual Feast of Tabernacles celebration. Ray’s passion is in developing and growing a community of Messiah-centered, Spirit-empowered, influential leaders who practice a lifestyle of worship. He desires to use his experience, knowledge and gifting to expand the Kingdom of God and to bring worship from Jerusalem to believers worldwide. 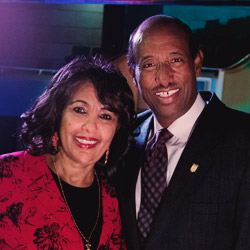 Messianic Rabbi Kokeb Gedamu, and his wife Menalu, are Ethiopian messianic Jews who were part of the Beta Yisrael people in Ethiopia. During the communist rule of Ethiopia, Kokeb and his wife fled their country making the difficult journey through the desert to Sudan. They encountered many trials and the Lord miraculously delivered them from injury and persecution

Kokeb Gedamu is an ordained Rabbi of the IAMCS (International Alliance of Messianic Congregations And Synagogues). Congregation Burning Bush is also a member congregation of the IAMCS. He serves the IAMCS as their Regional Director for Africa. He also is the Director of the Board of Operation Tikvah (a humanitarian aid project) of the MJAA (Messianic Jewish Alliance of America). He also speaks in different congregations and churches in the United States to spread the message of what Yeshua is doing among the Ethiopian Jewish people in Ethiopia and Israel. He has a passion for revival, healing and deliverance, marriage, and teaching on the Jewish roots of faith in Yeshua / Jesus.

Oded and Sandy Shoshani lead Melech Hamlachim (King of Kings in Hebrew) one of the thriving Hebrew speaking congregations in King of Kings Ministries. Their dynamic children and youth ministries are ever growing. Powerful worship, prayer, Bible teaching, and small groups provide a nurturing environment for local believers. The Shoshanis, with their wonderful family of seven, are involved in many facets of ministry, including media, international outreach, pro-life ministries, discipleship, counseling and more 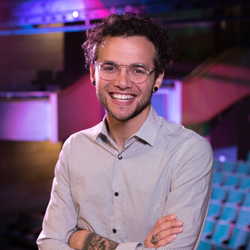 Drew joined us in 2016, hailing from the southern state of Georgia in the USA . (Although, he'll point out that "the only thing southern about me is my hospitality!") Either way, he loves to laugh and enjoy life and we're so glad he's doing it with us. Drew has experience in video editing for tv, doing gigs for top Christian artists and in graphic design. He loves to use these gifts to help tell the stories we need to hear, especially the unheard ones. As a result, he also loves experiencing different cultures and people from all walks of life, even though his favorite person is without a doubt his nephew. 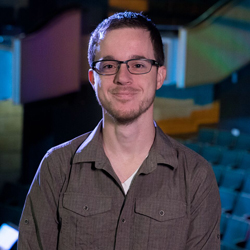 Joining us from Texas, Denver has been working in Information Technology for over 10 years and we're thrilled to have his expertise on our team! He first visited Israel in 2010 and even though he admits to thinking sand is the worst thing ever placed on earth, he hopes to one day live in the desert. Living in Israel is a good place to start fulfilling that dream! When he isn't helping all of us (which isn't often!) Denver loves to get out from behind the computer screen and explore, meet new people and spend time in the scriptures. 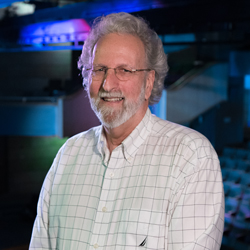 Michael became a part of our team in 2016, when he and his wife made aliyah. He is a Messianic Jewish Rabbi who pastored in two Messianic Jewish congregations in the USA for a total of 28 years. He and Patricia love blessing others and helping in the Kingdom of God. They have a passion for Israel and the Jewish people. They enjoy the beach, sailing, family (including their 14 grandchildren!), exploring Israel, hosting home gatherings and meals and meeting new people. 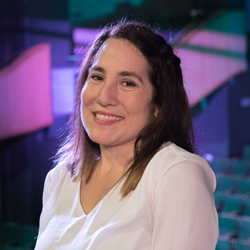 Eliana was born and raised in the Northwest suburbs of Chicago but considers Dallas, Texas to be home when she is visiting the U.S. Jerusalem has been her home since 2014 and she joined our team in 2016. Eliana has a very big and passionate personality. One of her favorite things to do is laugh and she thoroughly enjoys sprinkling joy bubbles and encouragement everywhere she goes. Her desire is to make sure that each and every person she encounters feels and knows the joy and the love of the Father. Her main passion in life is ministering, pastoring and pouring into the next generation; since she believes that they are the ones who are going to help turn the world upside down for Yeshua. In her down time (which doesn't happen very often) Eliana enjoys building relationships, watching movies, being out in nature, photography and reading a good book. 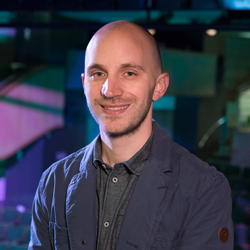 Originally from Germany, Daniel grew up in a ministry environment to parents serving as Pastors. At the age of 8, he moved with his family to live for a year in Jerusalem, Israel and attended a young and growing, local congregation named ‘King of Kings’. Daniel returned often to Israel to visit friends. In 2010, Daniel volunteered in a rehabilitation center in Tel Aviv where he did not only serve the patients but couldn’t take his eyes off a certain girl who he married soon after. Right after their wedding in 2012, God called Daniel and his wife Jalene, who is Canadian, back to Israel to serve as the Children and Youth Directors at King of Kings Community Jerusalem.

In addition to his Bachelor degree in Human Resources, Daniel also achieved his Master of Divinity: Pastoral Ministries in 2017. At the same time in 2017, Daniel stepped into the lead position at King of Kings Community Herzliya where he serves now with his wife Jalene as the senior pastor. In addition to this, Daniel leads the Israel Academy of Ministry (IAM) which is part of the King of Kings family. He supports the executive team as an advisor and oversees different departments within King of Kings Ministries. Daniel is a lover of all kinds of sports, but enjoys playing soccer as well as running. Even more than his hobbies, Daniel loves his family and enjoys spending time with his wife and two girls. 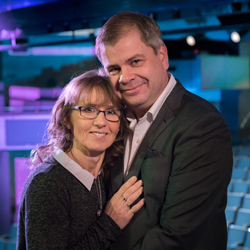 Veikko and Ulla joined the team in 2003, a few years after they moved to Israel from Finland. They have 4 children and 3 grandchildren, whose faces can be seen framed in their offices. When asked what they do at King of Kings, most people will reply “everything,” and they are correct. Veikko’s sense of humor and Ulla’s loving heart (and baking) are a treasure to the team, even if we aren’t always sure what they’re saying to each other in Finnish.